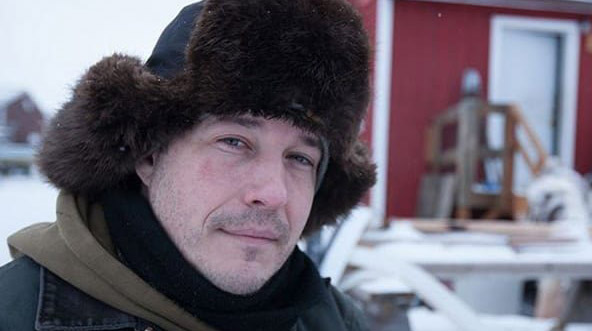 Chip Hailstone is a reality TV personality on the Nat Geo show “Life Below Zero.” He lives in the frigid conditions of Alaska in the Inupaiak city of Noorvik with his wife and children. The show chronicles the struggles of some families living in wild Alaska in their noble attempt to withstand the frozen sub-zero wasteland.

Chip gets his livelihood by hunting and trapping animals found in the area. Chip found himself in hot water with the police back in his youth. Take a look at what happened in this review. The article will also cover Chip Hailstone’s net worth and bio.

Why was Chip Hailstone arrested?

Chip Hailstone found himself in the grasp of the long arm of the law after Chip was charged with giving the police incorrect information and perjury. He was sentenced to 15 months of incarceration and three years’ probation in December 2012.

Chip was accused of falsifying information about his alleged daughter’s assault by a state trooper and claiming his neighbor had pointed a gun at his son.

After the police conducted their investigation, they learned that Chip had lied to them. He was arrested soon after and brought before a judge.

Is Chip Hailstone Still in jail? Or is he released?

Chip’s imprisonment saw him miss a whole season of “Life Below Zero.” He did time in the Anchorage Correctional Complex and was released after serving his sentence.

Presently, he is a free man living in Alaska with the rest of his family. He appears on the National Geographic Channel and is even slated to feature the latest “Life Below Zero.” It proves that Chip Hailstone is not still in jail.

Working with the proper tools makes for great work. pic.twitter.com/5jT1QOpWP9

Chip Hailstone has a net worth of $100,000 as a result. Like many other survivors on the show, Chip receives fair wages for his contribution. It is estimated that he earns $ 4500 per episode.

Chip Hailstone, whose full name is Edward V Hailstone, is a resident of Alaska and is a reality TV personality. He is one of the star cast of the show “Life Below Zero,” which airs on the Nat Geo channel. On March 8, 1969, Chip was born in Kalispell, Montana, USA.

He later moved to Alaska when he was only 19 years of age in 1988, where Chip has since spent most of his life.

Chip Hailstone in Life Below Zero.

Chip made his reality TV debut on May 19, 2013, in the show “Life Below Zero,” produced by BBC Worldwide. The show airs on National Geographic and is currently in its 14th season.

The show highlights Chip Hailstone’s family and six other families’ quest for a livelihood in the below-zero temperatures of their home state, Alaska.

Braving the frigid sub-zero temperatures of the Alaskan frontier, Chip arms himself with either his rifle or his bow and arrows to hunt game in the Alaskan wild. He hunts bison, fish, fox, caribou, wolverine, whale waterfowl, walrus, seal, and wolf.

Chip goes to great lengths to ensure that almost every part of his animal catch is utilized. The animals’ fur is used to make clothing that helps him and his family brace for the perpetual Alaskan cold. Chip stars in the show alongside his family: wife Agnes Hailstone, his five biological daughters, and two step-sons from his wife’s previous relationship with Douglas J. Carter.

The show has garnered fans worldwide who are impressed by his resilience, hardiness and strive to survive the white hell that is the perpetually frozen Alaska wilderness.