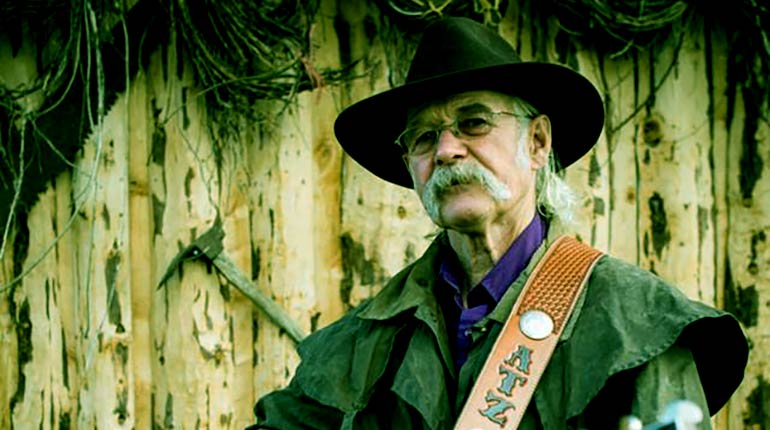 Atz Kilcher is a senior member of reality television “Alaska: The Last Frontier,” where a team of individuals who reside in Alaska survives without electricity, plumbing, and other necessities that are common in life. Meet his wife, ex-wife, and four children in Wikipedia type biography. Continue reading to know about Atz Kilcher’s Net Worth and Death Rumors.

Who is Atz Kilcher?

Kilcher is a reality television personality, author, and musician. He protects his family against the harsh Alaskan winter. He has spent most of his life in the wilderness of Alaska. However, the latter became an athlete and a cowboy. Later he got married and became a father and grandfather.

He is now mostly known for being a cast member of the Emmy Award-winning television series “Alaska: The Last Frontier.” He is also popular as the father of the famous songwriter and pop star Jewel.

In 2018, Kilcher launched a memoir known as “Son of a Midnight Land.” The book explains his life and his self-reflection about life- the pain he experienced and his accomplishments.

Many people have come to love the relationship between Atz and his daughter Jewel as they wow them with their on-stage performances. Continue to read to know more about this legendary TV star.

There were rumors that Atz Kilcher was injured and died, but it is not valid. His son, Atz Lee Kilcher, suffered a deadly fall while hiking in Otter Cove. So, Atz Kilcher and the son are alive and doing well.

Net Worth, Sources of income

Kilcher is the critical cast in the TV series Alaska: The Last Frontier and the highest-paid member. As of 2022, Kilcher has an estimated net worth of $5 million. Aside from that, Atz Kilcher owns a 613-acre piece of land and real estate valued at approximately $3.6 million. In addition to that, he is an author and a musician.

Kilcher has been through a lot, relationship-wise. He had been in several failed relationships before he married his current wife, Bonnie Dupree. The couple lives in homer, in their homestead. Atz spends time at Kachemak bay in summer, occasionally accompanied by his wife, Dupree. However, Atz Kilcher and his wife Bonnie Dupree do not have children.

His first wife was Leandra Carrol, with whom they had three kids, Jewel, Shane, and Atz Lee Kilcher. Atz and Lenedra Carrol met when they were teenagers back in Alaska. While they did not last long in marriage, they went through hard times together. They even did two albums together.

The couple had a child but died when it was less than a year old. There was also a time Lenedra almost died- the doctor had forgotten to place oxygen while she was pregnant with Jewel Kilcher. Luckily, Atz saw it and saved her life.

As for issues with their union, none of the duos has come out to express anything. But the information that is out there is that they divorced in 1982. Jewel, the daughter, said Atz became an alcoholic after the divorce and became abusive. Atz Kilcher also dated a woman named Linda, but not much is known about her or their relationship. But the duo has a son called Nikos Kilcher.

Review of the Kids.

Shane Kilcher was born in Idaho and raised in Homer with her siblings. There is no information about the date of birth. He attended Stellar High School when he met Kelli Ware Kilcher, whom he dated and later married, and now have four children. Shane is also a cast member of “Alaska: The Last Frontier” and has appeared in over 50 episodes.

Atz Lee was born on May 22nd, 1977, and just like the rest of the family, he was raised in Homer. He did not go to high school. He is the husband of Jane, the two have known each other for a lot of time. They wedded in 2005 and are blessed with two children- a son called Etienne and a daughter called Piper.

Nikos Kilcher was born on March 7th, 1984, in Homer. Unlike the rest of his family, who decide to stay home, Nikos chose to pursue his music in other parts of the world, and he is one of the most popular Alaskan singers. He is a TV reality star and a musician.

Jewel was born on May 23rd, 1974, and the daughter of Atz Kilcher. Like her siblings, she was born and raised in Homer, Alaska. Fro4 a young age, she yodels and sing with her father, Atz Kilcher.

Jewel has made her an author, actress, poet, producer, musician, and songwriter. She got four Grammy nominations and has sold more than 30 million albums globally.

How old is Atz Kilcher?

Kilcher is of Swiss ancestry. Ruthe and Yule Kilcher were immigrants from Switzerland who escaped home because of World War 2. As we mentioned earlier, Atz is the first-born kid and son in a family of eight. He was programmed to fend for himself in the Alaskan wilderness from a tender age.

Kilcher is quite an active fellow on social media even with his old age. His Instagram page has over 53K followers, while his Facebook page has about 117K followers. Most of his posts are about him and his family, including grandchildren. He also likes to post videos of him playing the guitar and singing and occasionally pictures of food and books.