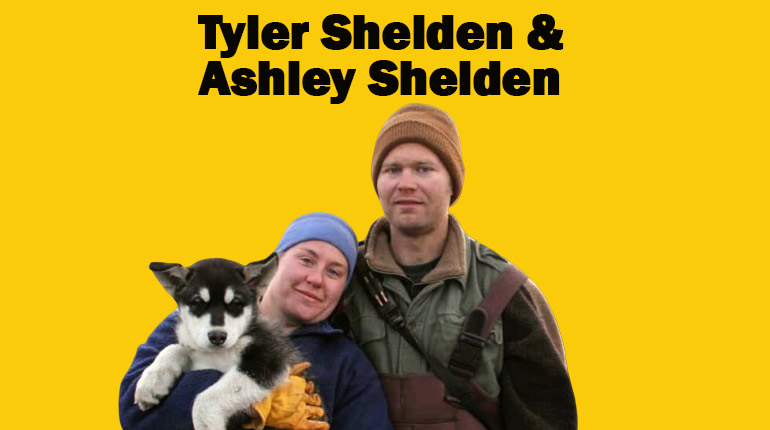 Tyler and Ashley Selden star on The Last Alaskans’ Discovery Channel show. Like all other survivors, they strive to adapt and survive in the Arctic Refuge.

It means sometimes going toe to toe with the fiercest animals around: ranging from bears to foxes! Ashley and her husband have had to get good at trapping and hunting to survive.

So how did the two meet? Do they have any kids? Get answers to all your burning questions right here as we explore the lives of Tyler and Ashley Selden in detail. We will examine facts like their age and biography.

Who are Ashley and Tyler Selden?

Ashley Selden is a reality television star, blogger, and survival specialist. Most of Ashley’s life has entailed traversing the Arctic refuge on her way to the trap line that her family had set up. This is how they ensure that they survive throughout the harsh winters.

Every year, Ashley and her family travel across the most remarkable landscapes you’ll ever see in the world.

Gazing upon this beauty comes with a steep price as for nearly half a year, Ashley and anyone brave enough to embark on the treacherous journey become solely dependent on the wilderness. If they want to eat, then they have to hunt or fish.

When they have gathered enough, Ashley and Tyler then make their way to a nearby town, Fairbanks, where they can sell some of the furs harvested in the refuge.

Interestingly enough, the two also rear birds like turkeys & chickens for food and profit. They sell what they don’t need and keep the rest for winter.

The Last Alaskan Ashley and Tyler Selden’s net worth

When they were not part of the Last Alaskans, Ashley and her husband earned a living from looking for odd jobs around the town. It helped them save a bit of extra cash, which was vital during the harsh winter.

Their financial burden was eased once they started featuring on the Discovery Channel show. Sources say Tyler and his wife make $3,000 for every episode the network runs featuring them. As such, the two have amassed an impressive net worth of $100,000.

How Tyler and Ashley Selden Met?

Ashley and Tyler are college sweethearts. The two first ran into each other while both students were in Minnesota. So what does this mean?

One thing they had in common was their love for the outdoors. After all, Ashley had grown up in the woods, thrust as far away from civilization as one could be!

By the time graduation was upon them, they were both rearing to leave city life behind. Consequently, they relocated to Alaska, embarking on an adventure of a lifetime.

Today, the couple has two children. Their firstborn daughter, Sydney, is three. She was born on March 29th, 2017. Sydney has a younger sister named Blaze.

Ashley does not own a phone!

To say that Ashley Selden is old-fashioned would be putting it mildly. She recently revealed that she does not even own a phone. That is like finding a unicorn in this day and change.

Most people are practically glued to their devices throughout the day. In an ever-evolving technological landscape, Ashley has chosen not to be bound by the grip it seems to have on everyone else.

Ashley Selden also has her blog.

Living in the Arctic National Refuge opens up Ashley and her family to a world of adventure. She and her husband lived in reserve for almost a decade before they got the attention of producers. Because of all the stories, she decided to start her blog.

Besides talking about her life in the refuge, Ashley also shares her experience as a mother. She recently spoke about raising her two daughters, Sydney and Blaze.

Tyler and her husband initially worked at the local lumber yard. Their work in Fairbanks led to them becoming acquainted with trappers in the National Refuge.