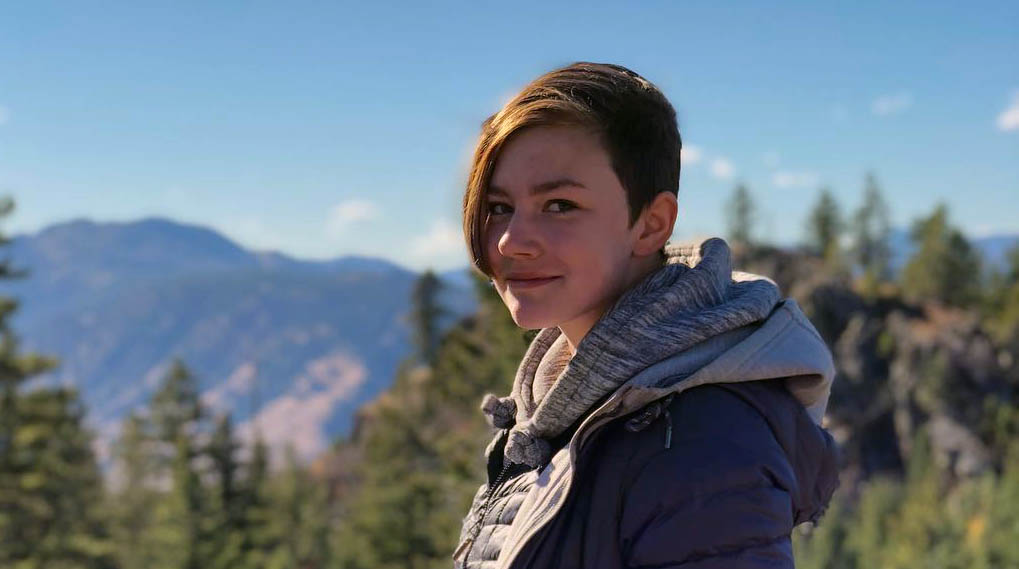 She may be the youngest child, but she grows to be perhaps even more intelligent and wiser than her older brothers and sisters. Is Alaskan Bush People Rain pregnant? Is she even dating anyone? Else, why are there rumors going around about her engagement and marriage?

Now, these are the questions we have answers to below. Also, find out Rain Brown’s net worth along with her age and the rest of her bio here.

Rain Brown is not Pregnant.

Maybe people aren’t even interested in Rain Brown’s pregnancy, but our trending keywords’ algorithm is the fault. After all, there is a lot of good news going on for the brown family.

With two Brown children, Gabe Brown and Bear Brown, giving birth to their firstborns recently, “pregnant” has become a popular keyword to the Alaskan Bush People. A slight misunderstanding may have led to the confusion, but as long as we clear it up, it’s all good.

Alaskan Bush People Rain Brown is Probably Single as of 2022.

The pregnancy rumors sound even more preposterous when we remember that Rain Brown is single or, at least till now, has maintained no public dating life or boyfriend.

She did raise many eyebrows, though, when we caught a glimpse of a ring on her finger, strongly resembling an engagement or a wedding ring in a photo she was sharing of herself petting her new dog, Jackson.

Four weeks with This little dude has changed my life… i feel like I’ve known you forever and I have never been happier, jakson, I promise to pamper you forever. Love mama 🖤#stayhappy #staystrong #notaweddingring

However, it did not take long for Rain Brown to clear up the confusion. She first replied to a couple of comments asking her the question if it was an engagement ring and then went ahead and also put a tag, “#notaweddingring,” on the caption to make it clear.

Rumors seem to be the driving force of Rain Brown’s celebrity life. People also began words that Alaskan Bush People Rain Brown was gay or of some other sexuality after significant changes in her life.

She did cut her hair short then dye it in bright pink. Furthermore, this shy child grew up to be quite open and vocal, which are all stereotypes of gay, lesbian, bi, or pansexual.

Moreover, Rain Brown also has a misleading name for her fans: “Rainbows,” and we all know how a rainbow is symbolic to the LGBTQ community. However, as you would assume for a theory based on assumptions, the rumors were not true.

All the characteristics were very stereotypical to consider in the first place, and she calls her fans “Rainbow” because it originates from her name and nothing more.

“I’m straight and I call my fans rainbows because my name is Rain, but you do you, boo,” were her exact words to the question; “Are you gay?”

Another similar comment wrongly sure of itself read, “I wonder if @heroofkirrkwell has accepted her sexuality yet?” to which Rain would reply with grace as well as sass writing, “I’m straight… so yeah, I have.”

Rain Brown and the rest of the family may like to live formerly in the Alaskan wilderness and now in the middle of the dense Washington Forest, but it should not be a factor to consider to estimate their wealth.

As reality stars of their hit show ‘Alaskan Bush People,’ the family undoubtedly makes great significant earnings, but we only know the surface of their net worth and salary info.

So far, all we know is that the entire family’s collective net worth stands at approximately $60 million, and each family member makes anywhere from $40,000 to $60,000 of salary.

The family patriarch, Billy Brown, is reportedly getting over $500,000 salary per episode. At the beginning of the series, Rain Brown probably did not earn much, if she did even earn, but now she is growing up to be a beautiful young lady.

Rain Brown has a considerable fanbase, especially among people of her age group. Her salary should equal and maybe even exceed the salary and net worth of many of her siblings and parents.

Many sources we found say Rain Brown’s net worth is around $200,000, which seems about right. However, there is no way of verifying it yet.

Rain Brown’s family does not need much introduction, as most are more famous than her. Her father, Billy Brown, and her mother, Ami Brown, are the founders of the family.

Recently, their family has grown; three of her brothers married and had children of their own. Bear Brown married to now-estranged wife, Raiven Adams, giving birth to a son, River Brown.

How Old is Rain Brown?

Like her family, Rain Brown grew up in the wilderness and mostly away from the rest of the world. So, it is a little surprising to see that she is quite a social butterfly.

The Brown family, over the years, has become more and more modern in their choice of lifestyle. Therefore, like most kids her age, Rain Brown is fond of using social media profiles to become an expert.

Rain Brown’s Instagram profile has almost 347k followers, which is considerably more significant than the rest of her family members available on IG. Even the Alaskan Bush People‘s official IG has only around 187k followers, which shows how Rain has become a popular online personality.

It comes as no surprise since she is a role model on Instagram. People who follow her not only get inside scoops on her family and the show but also go through an emotional journey of Rain Brown’s struggle with depression and her mother, Ami’s cancer. She also has a good deal of over 12.4k followers on her Twitter account.