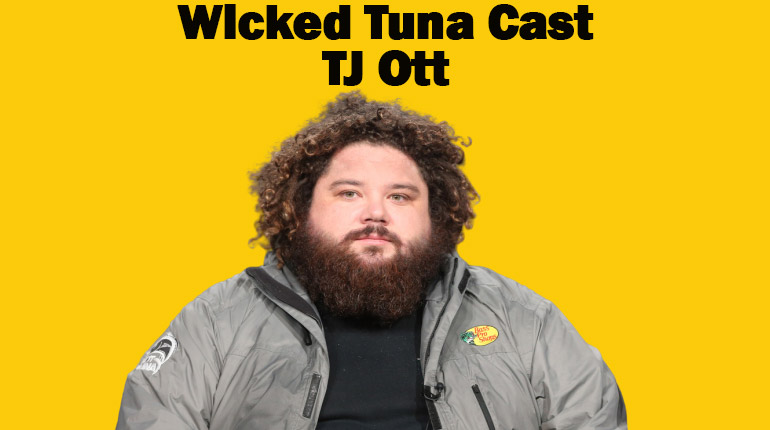 The show is about commercial fishers in Gloucester, Massachusetts, competing to catch the most Atlantic bluefish tuna fish. In this article, we will focus on TJ Ott’s Weight loss. Meet his wife, Kristina Doellman.

TJ was born and raised in a family that depended on fishing and hunting as forms of livelihood. And he followed the family tradition by becoming a fisherman. As a young boy, he used to go fishing with his father. In the process, he learned how to catch and ride boats.

At 18, he inherited his father’s boat that they bought together. He named the ship ‘Hot Tuna. It’s a 49 feet longboat. At first sight, you will consider it a regular boat, but where it starts to slide over the troubled water, only then will you see the monster in it.

Passion for fishing, years of experience, sturdy boat, and crew. TJ Ott had all it took to be on a TV show. He joined the Wicked Tuna on its 3rd season, January 2014, and has been there for all consecutive seasons. He has also appeared on the spin-offs of the show ‘Outer Banks’ and other specials.

How did TJ Ott lose weight?

TJ first appeared on the show when he was 174kgs. That weight was not just fit for the competition, so he hit the gym and significantly lost between 20-30kgs. Proper diet management and physical exercise yielded him the results he wanted. His body shape drastically changed, and he looked more like a sportsman.

TJ was born on 3rd December 1979 in Broad Channel, Queens of New York, USA. His parents’ names are Tim and Debbie Ott. His siblings are Katie Rose, his sister, and Michael Ott, who accompanies TJ on the Hot Tuna. TJ Ott is currently 40 years, looking forward to his 41st by the end of 2020. His zodiac sign is Capricorn.

TJ Ott has been Married to Kristina Doellman since 2016.

TJ got married to his wife, Kristina Doellman. The two took the perpetual vow on 4th June 2016 in a private ceremony in Naperville, Illinois. Guests, friends, and family attended Their wedding. Other than his wife’s name and their wedding date, the rest of the information about the couple’s life is kept from the spotlight.

TJ Ott’s wife Kristina Doellman is not just camera-shy; there is no information about her on the internet. She came from, her age, which high school or college she attended. With time, more info will surely come out. Be sure to find them here.

As of 2022, Ott’s Net worth is estimated to be $2 million. This is an accumulation of his salary from the TV show and earnings as a fisherman. He has learned how to make money from the ocean. He’s going to fish earned him fame and sound money.

There is no information about TJ’s education. In his free time away from the ocean, he likes walking his two dogs and chasing other creatures around his home in Florida.